With the project Vormals Haus 54 [Former House 54] I attempted to appropriate a former listed edifice in the North of Berlin. Once the building itself was used as a flat having a store at its very bright basement. Asking the proprietor whether I might transform the whole place into an exhibition or rather environment I decided not re-arrange the entire setting, that is I implemented the found objects such as broken rocks and much more into my work and vice versa. 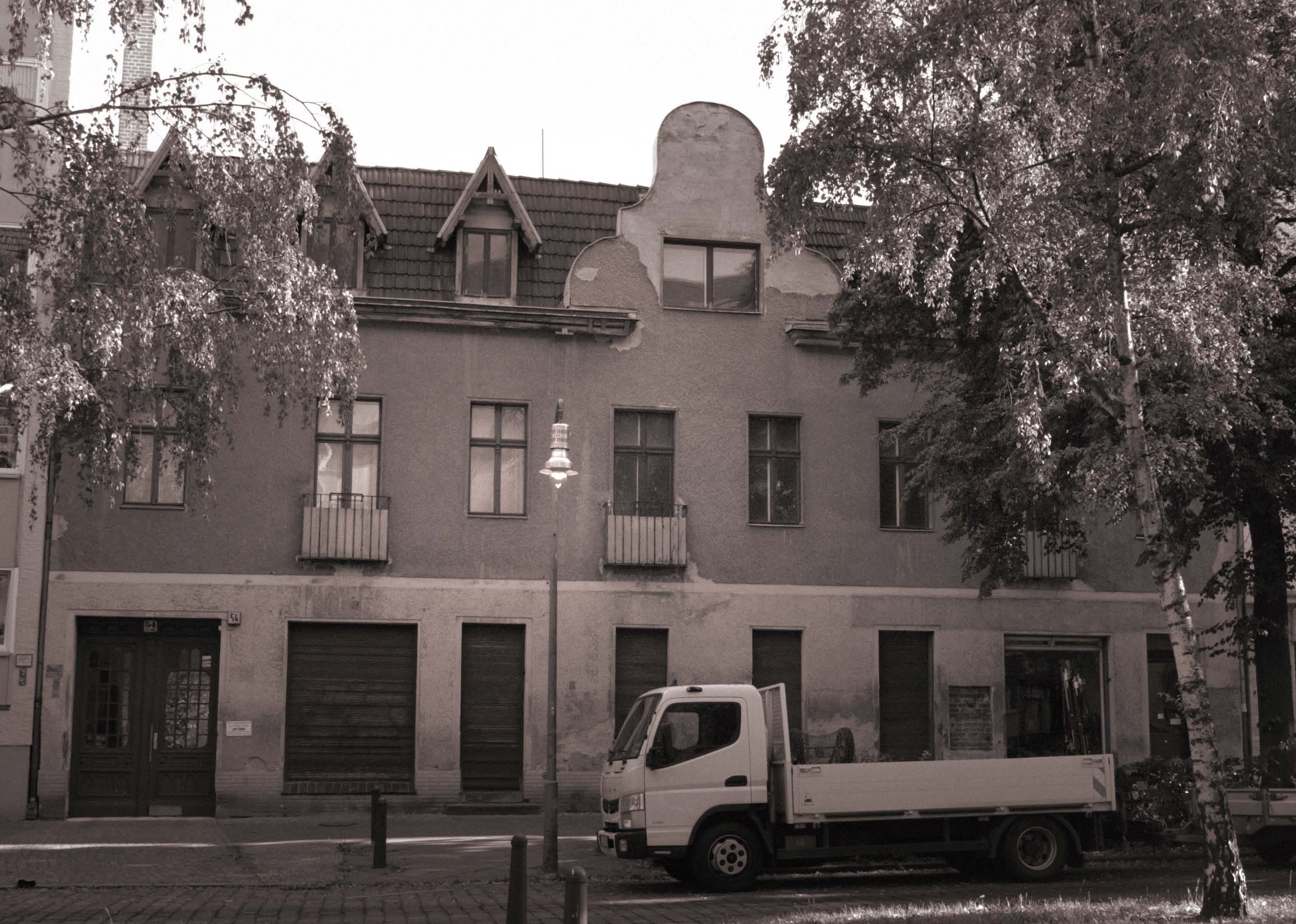 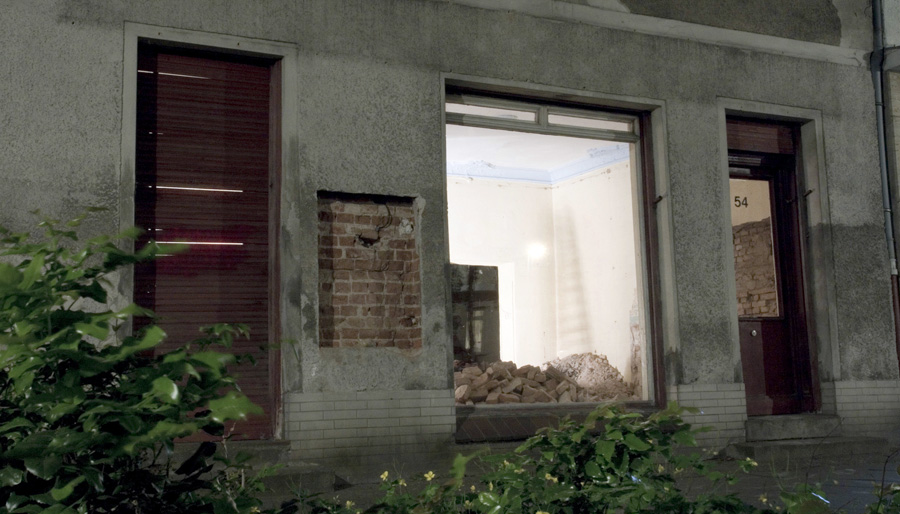 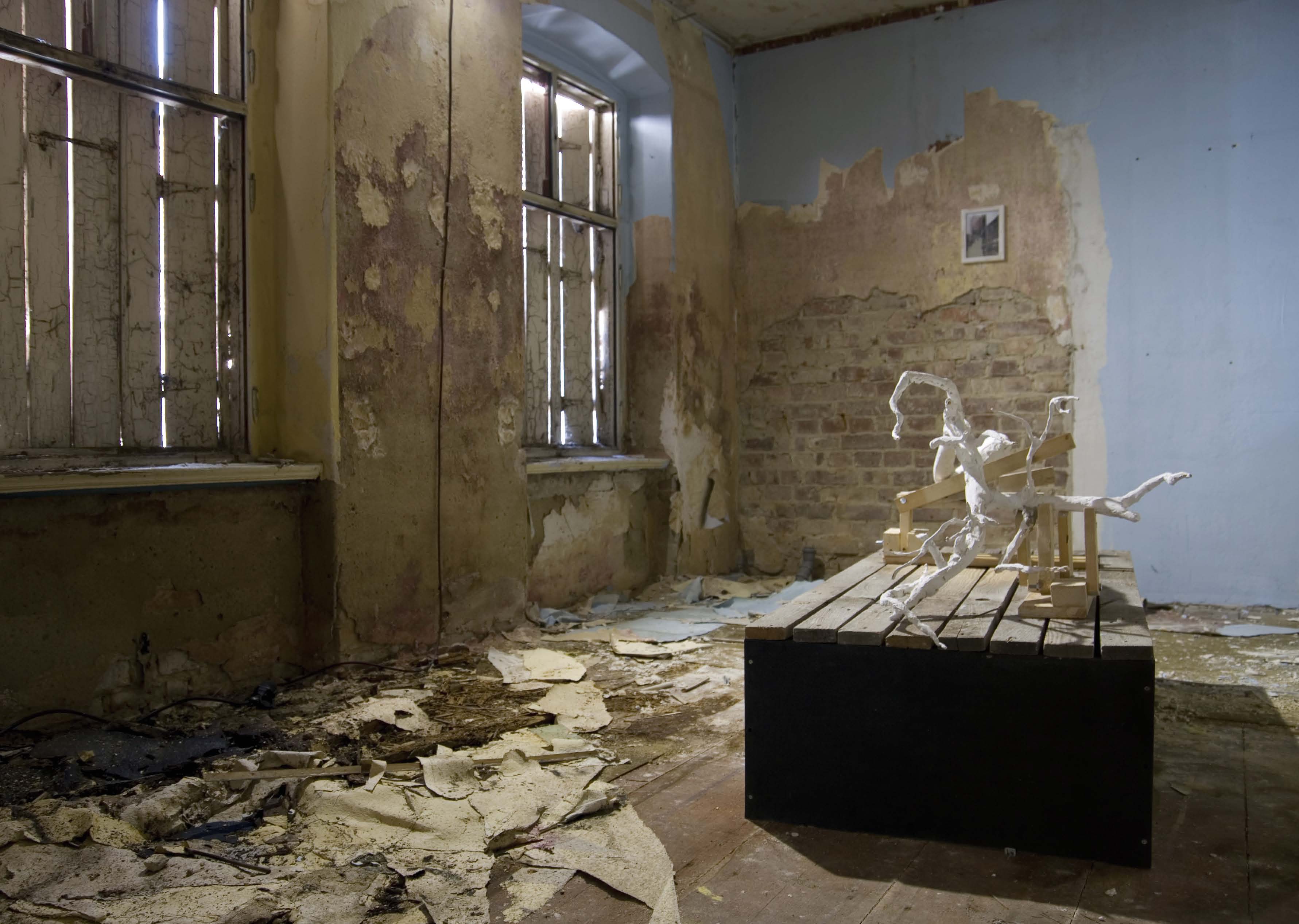 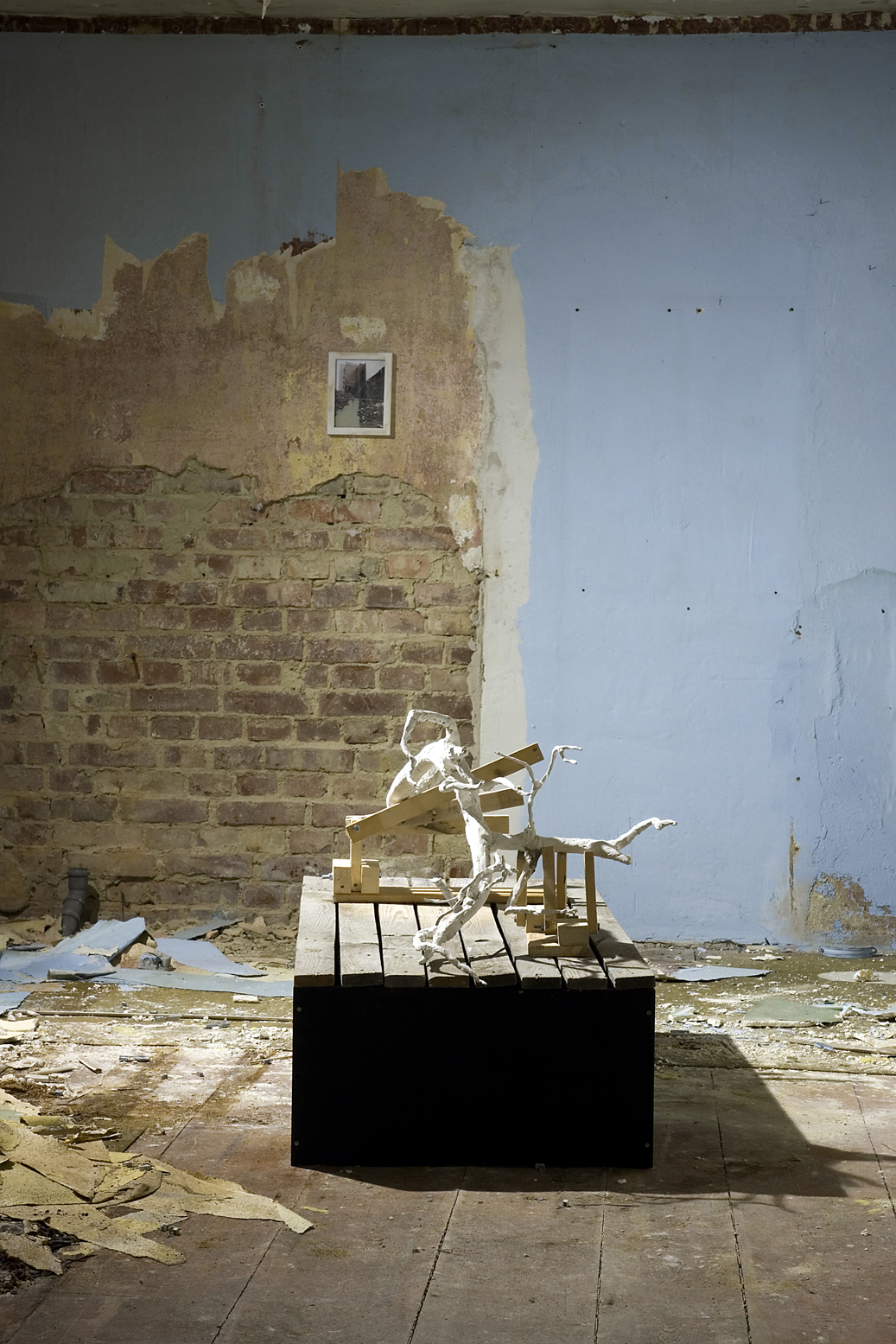 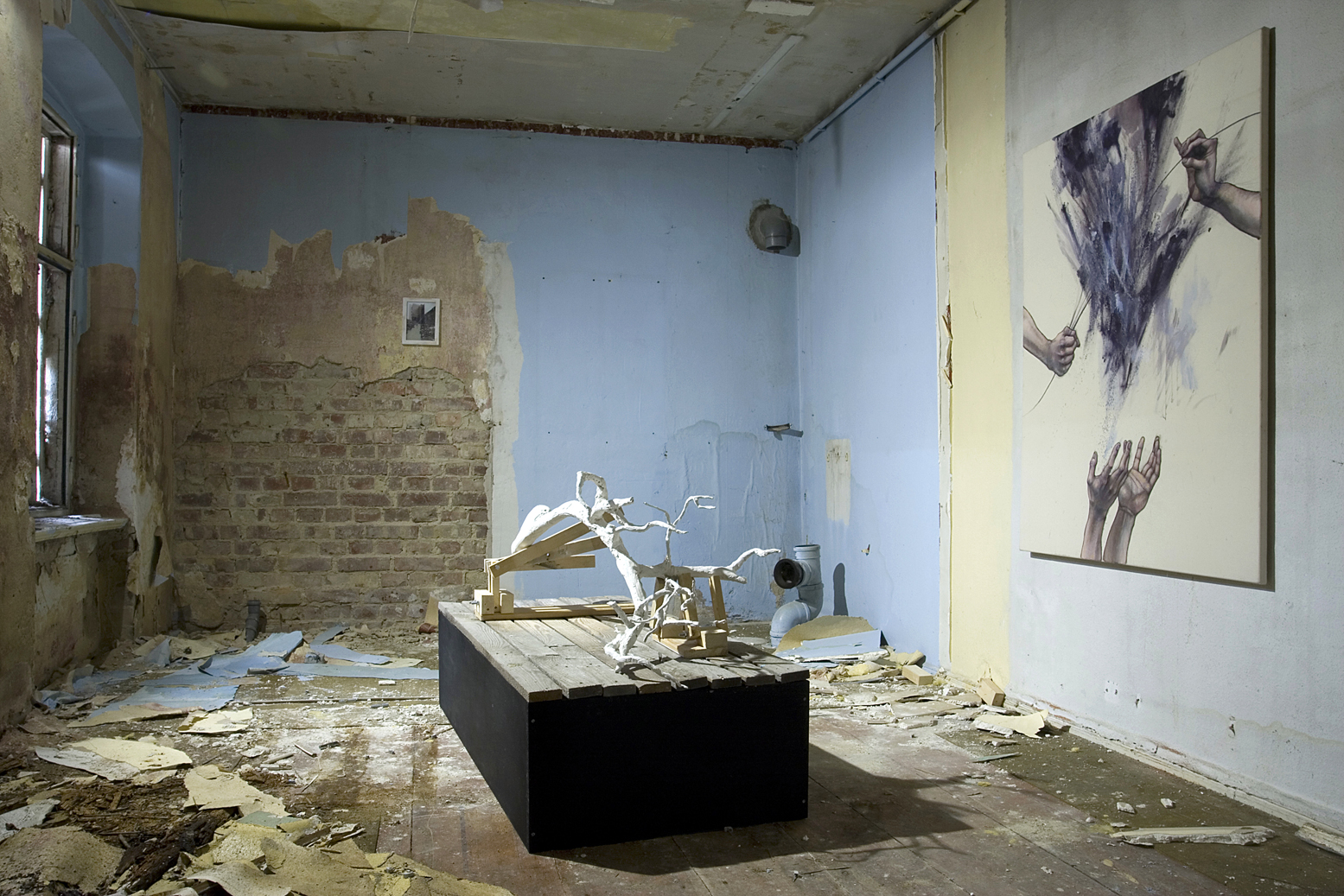 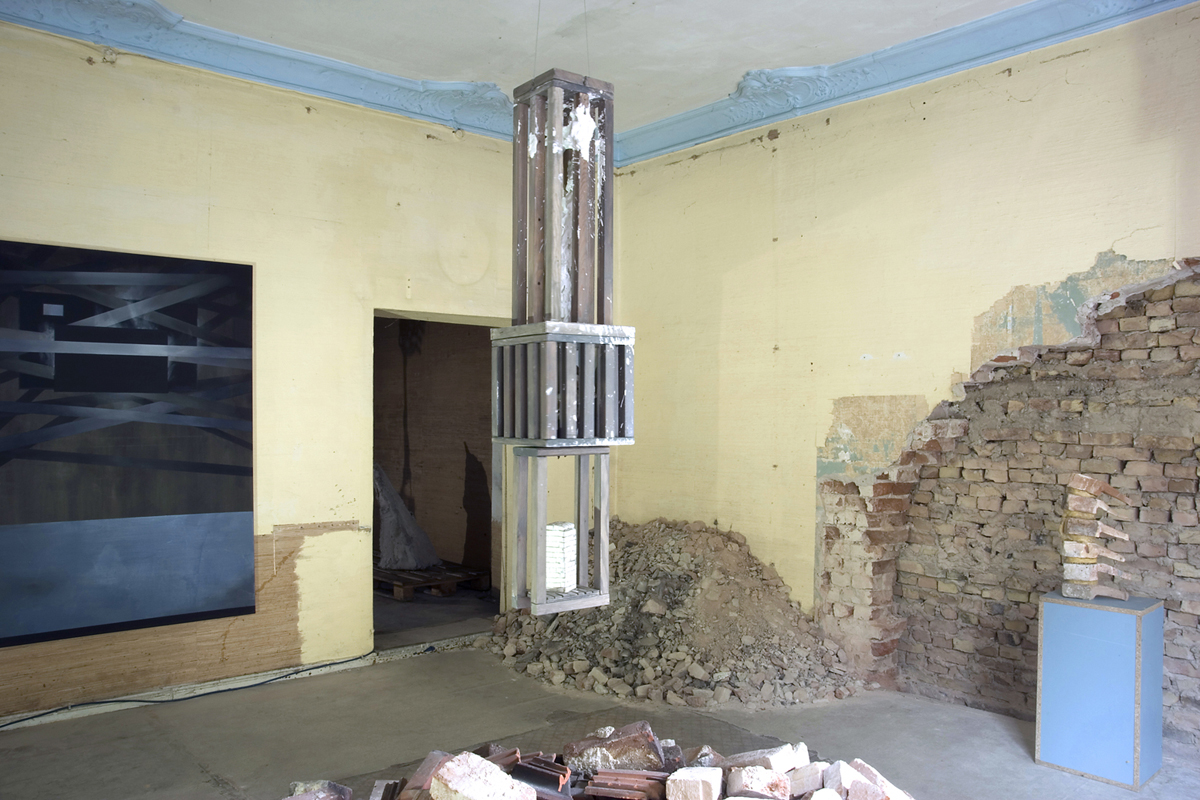 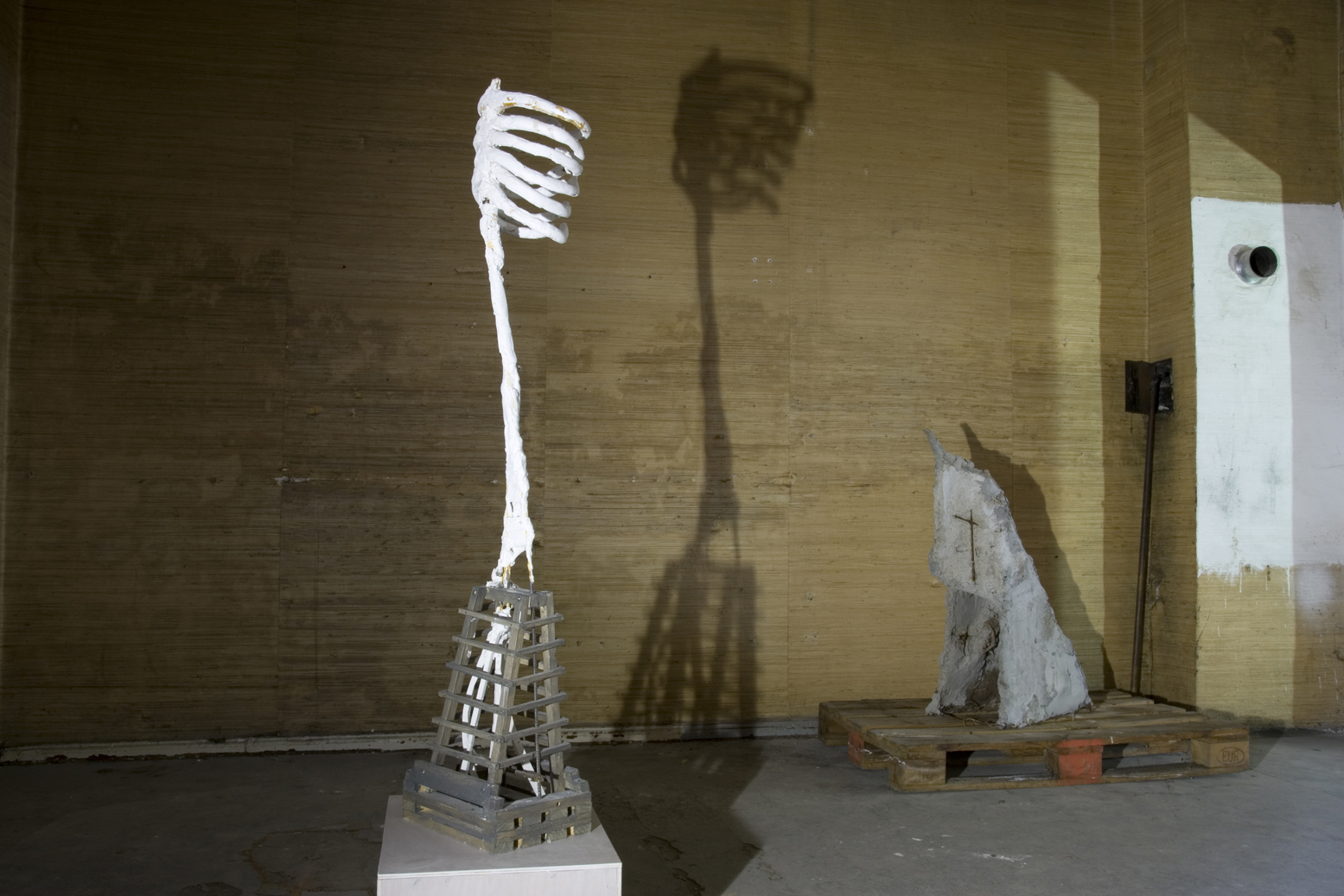 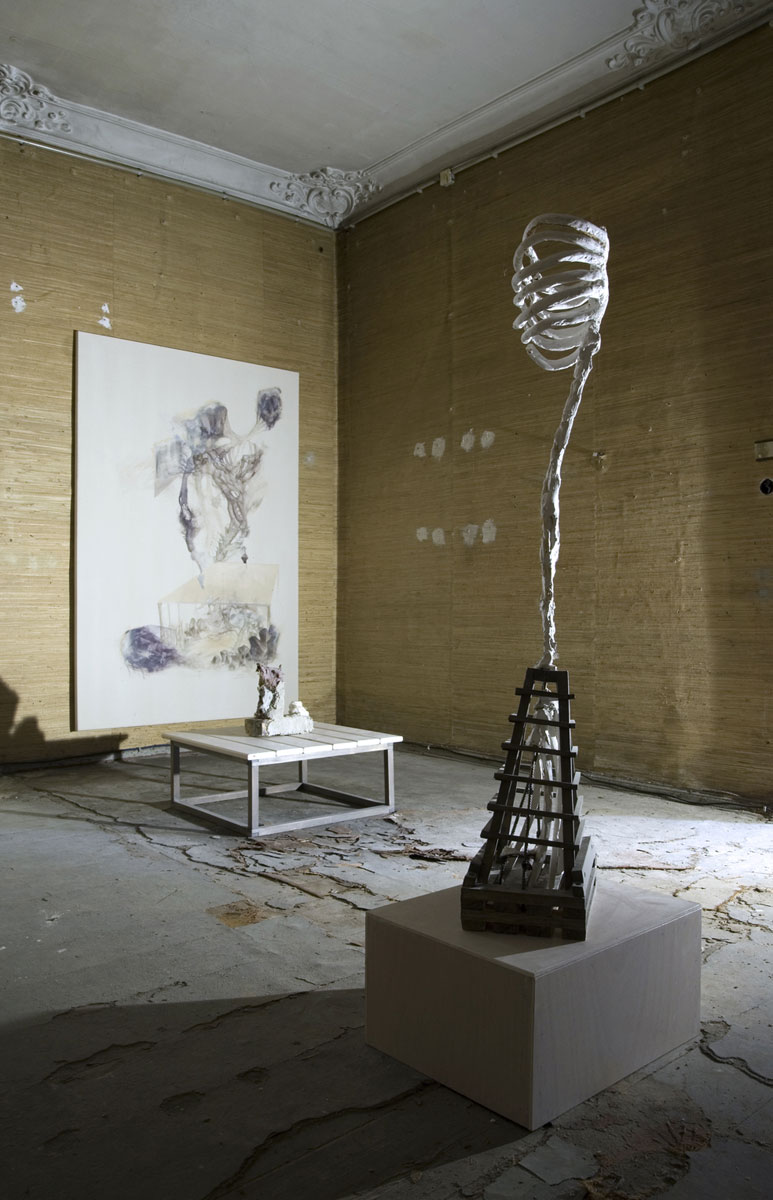 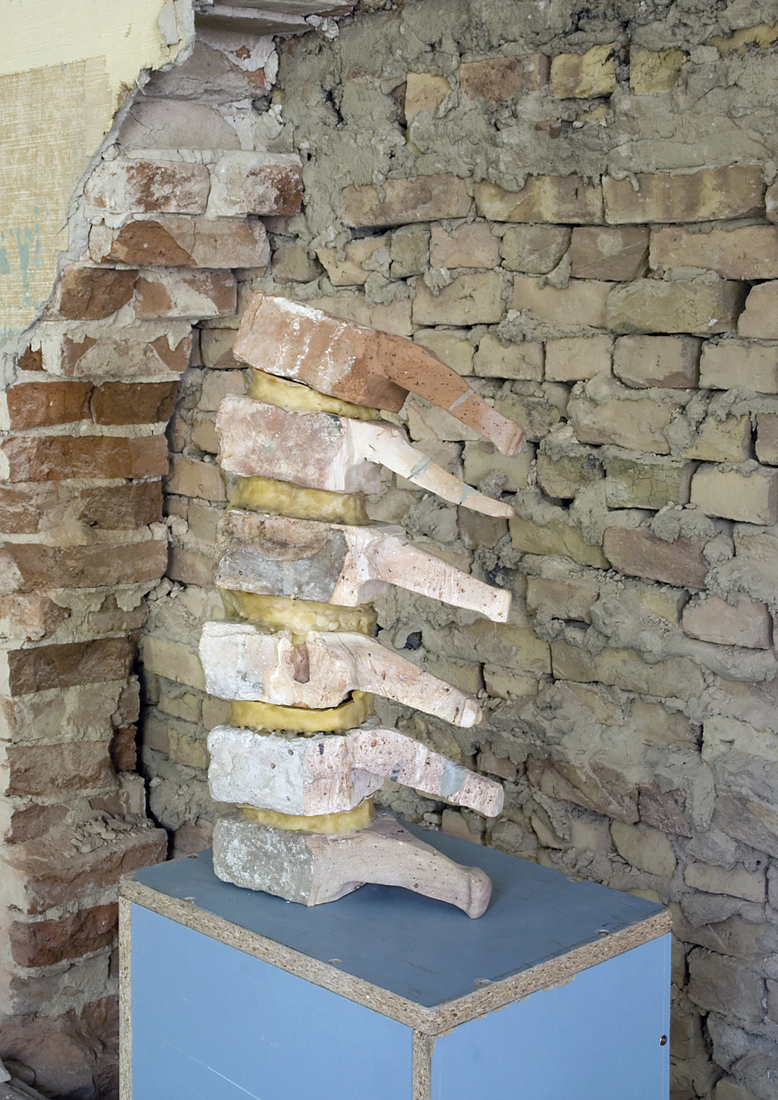 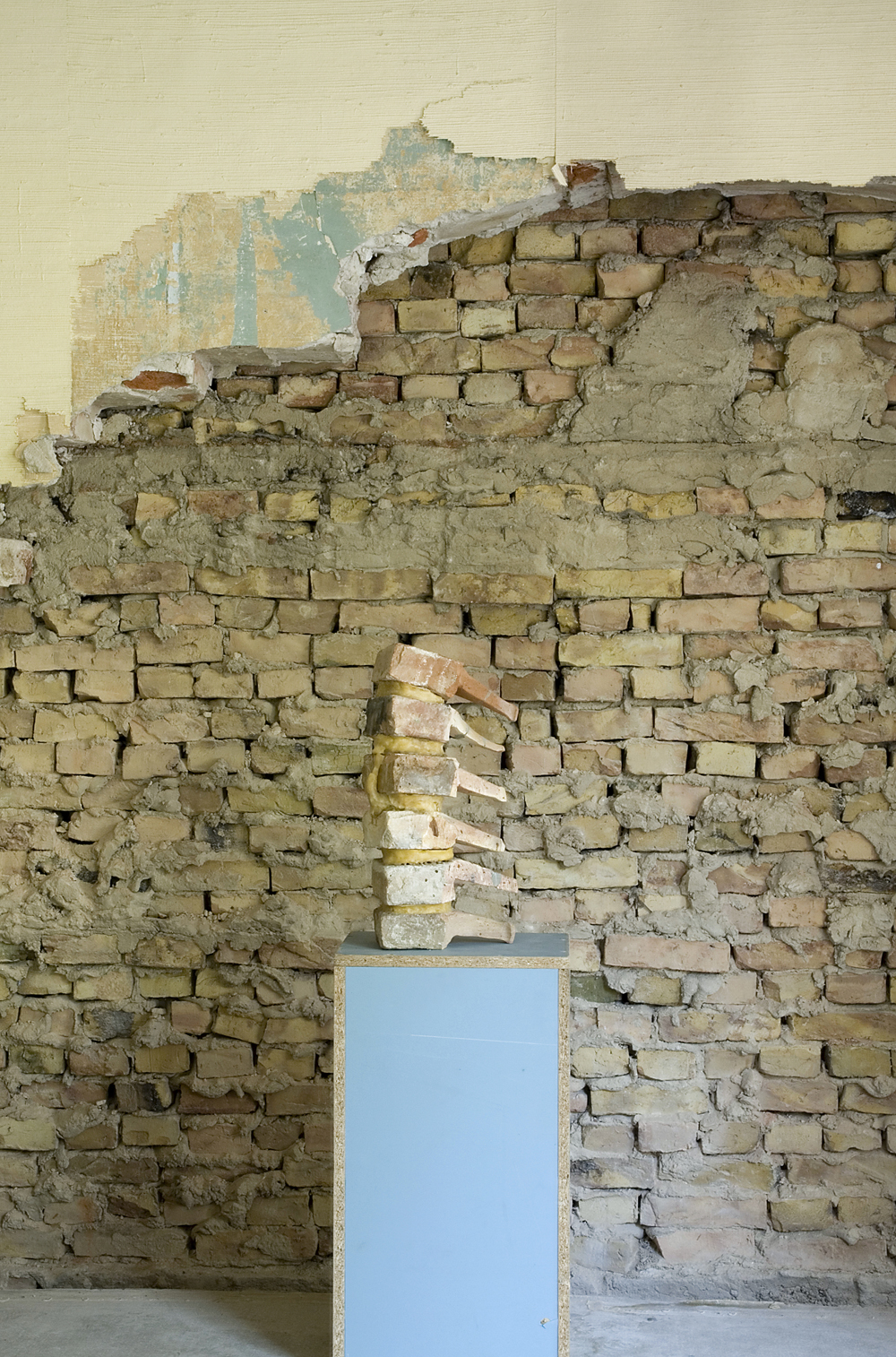 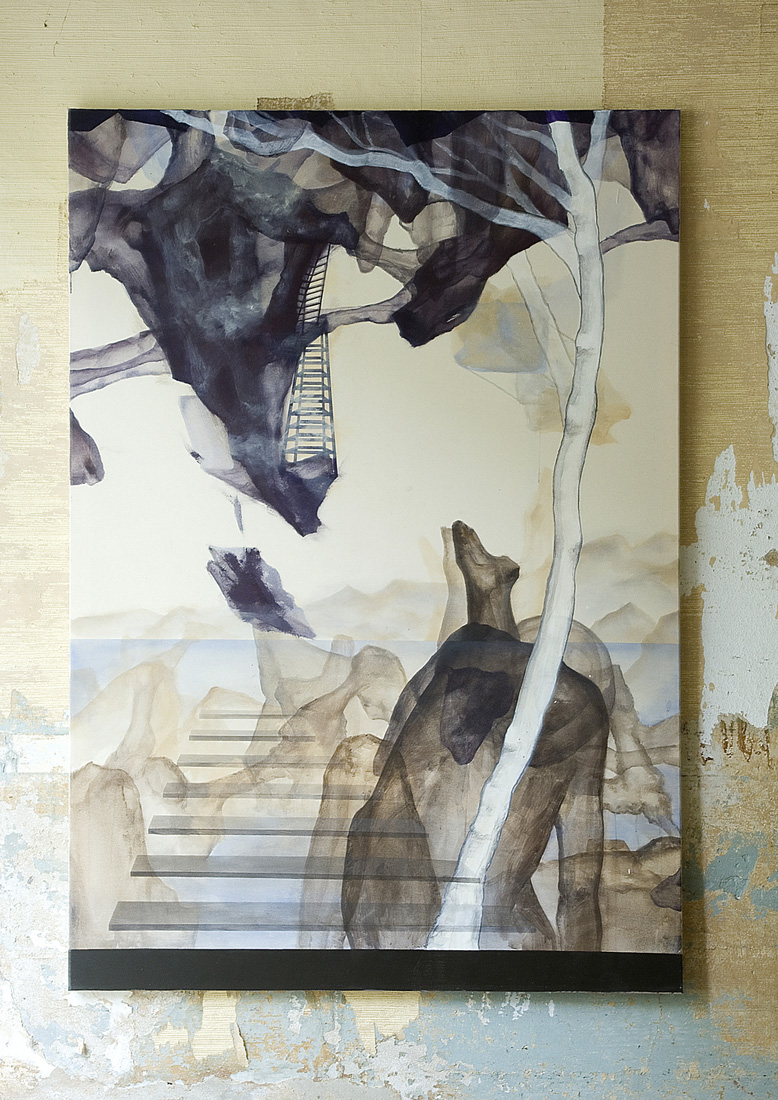 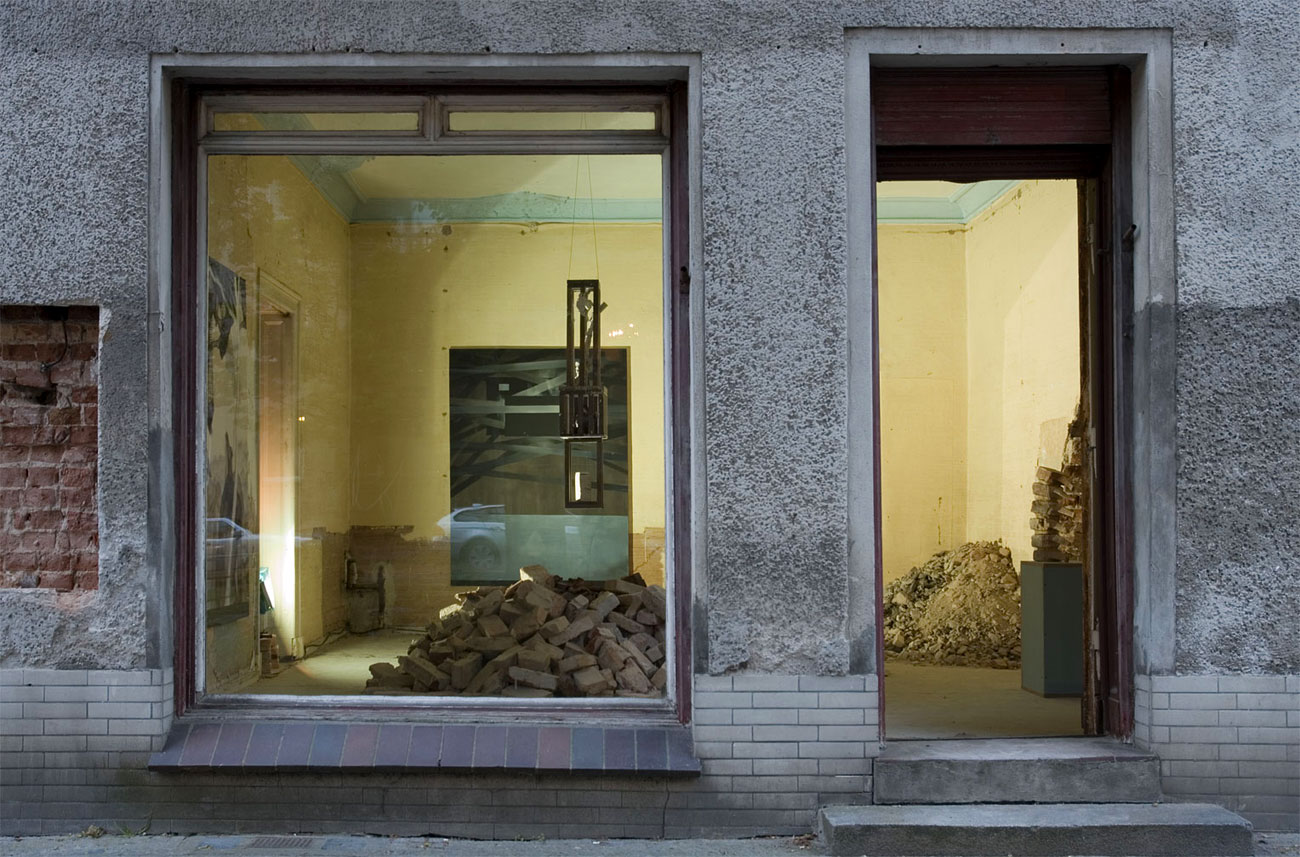 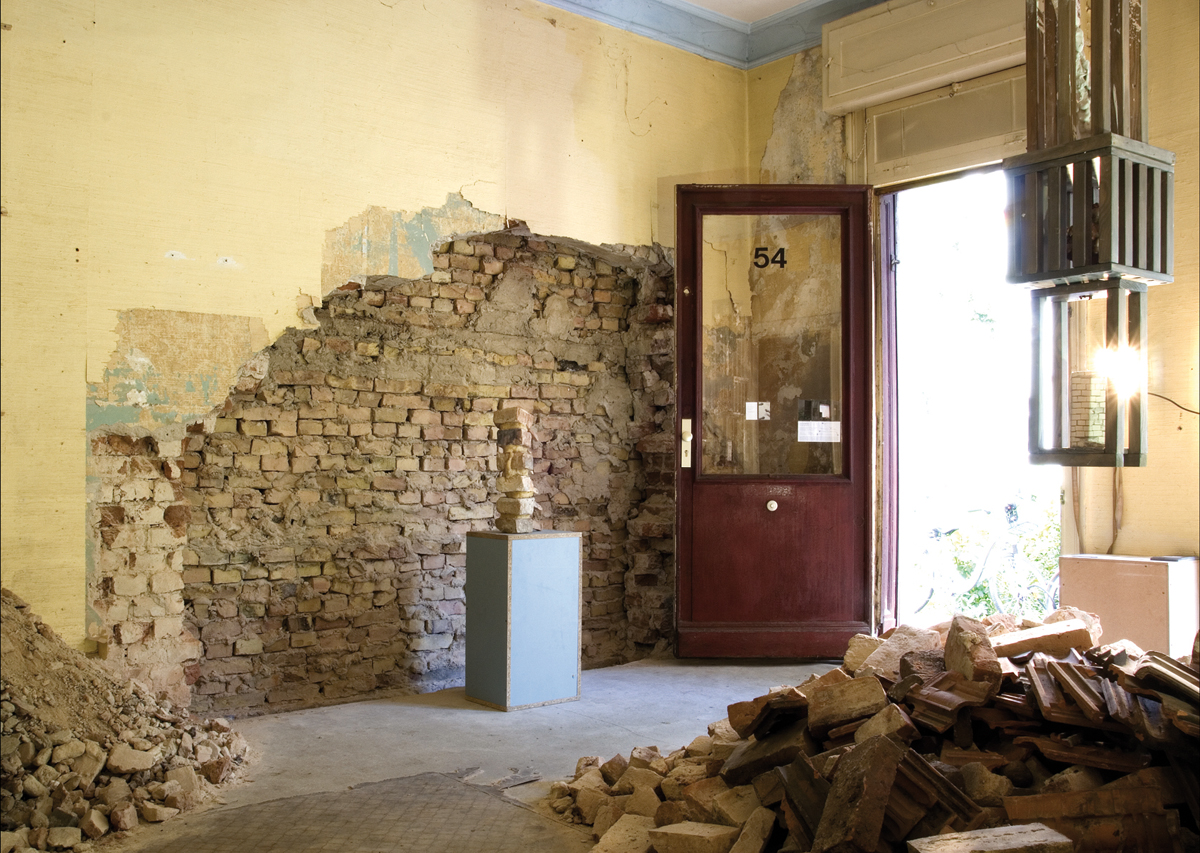 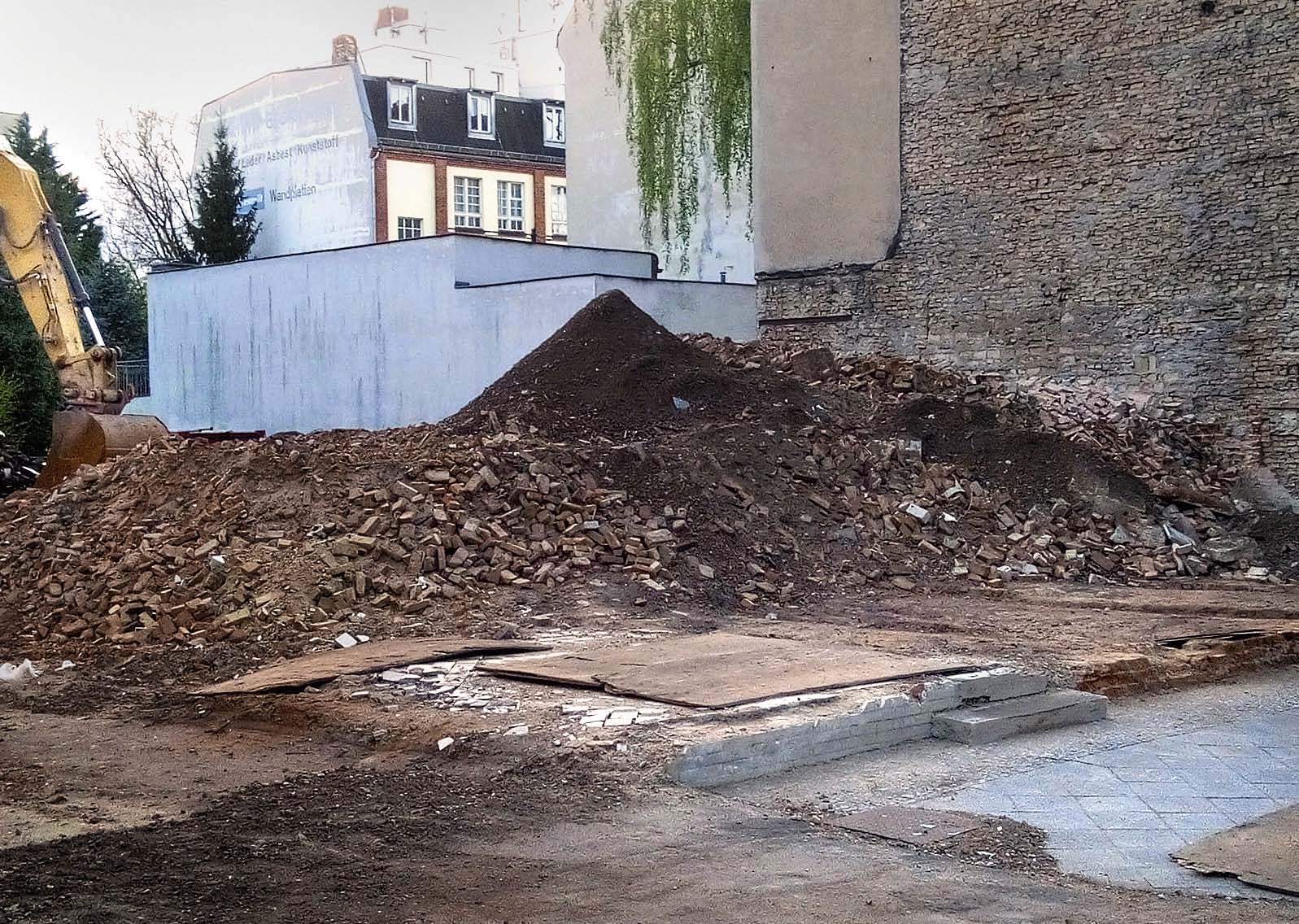